A few weeks ago, evidence that feminism had done it’s job came in the unlikeliest of forms, paradoxically when news of an antifeminist Facebook page called Women Against Feminism (with it’s spin-off on tumblr womenagainstfeminism), went viral. On it, followers submit photos of themselves holding up notes explaining why they don’t need feminism. These range from statements like “I don’t need feminism because I respect all humans not just one gender” to “I don’t need feminism because I’m not a manipulative idiot playing victim.” As the images posted to the timeline spread through social networks world-wide, people everywhere scratched their heads and wondered, where did we go wrong? The Tumblr and FB page spawned thousands of angry comments and parodies ridiculing the movement (like this and this for example) proving how right Henrik Ibsen was when he wrote, “To live is to war with trolls.”

Arguably (though they may hate to admit it) feminism’s greatest accomplishment is the fact that Women Against Feminism even exists. Its members are clearly a very lucky group of women that have never been burned by gender inequality in their lives, and so they assume that it isn’t real. They can work where they want, date whomever they want, they can wear what they want, vote for who they want, they have seemingly absolute freedom. In a world where seeing is believing, when there’s no visible sexism in one’s immediate social circle, it’s easy to jump to the conclusion that equality has been achieved, over and done with. Once you accept that fallacy, then any politically active feminists out there are naturally going to look like they’re fanatically fighting imaginary dragons.

In one post a young woman holds up a note that reads, “I’m not a feminist because the men in my life care about and respect me.” Over and over again, they repeat “I am not a victim” and “the only people I’ve ever felt oppressed by are feminists.” How unbelievably lucky to live in a reality where the mere existence of an ideology founded on social and political equality is the only thing that has ever made you feel bad. But the more important point here is that not being a victim yourself, does not mean that there are no victims whatsoever. Just because you’ve never seen or experienced something, doesn’t mean it doesn’t exist. It’s like that epicly relevant Dr. Seuss quote, “I know up on top you are seeing great sights, but down here at the bottom we too should have rights.”

For the members of Women Against Feminism, it’s clearly difficult to reach beyond their own front yards and social circles and understand that somewhere far beyond what they can perceive with their own eyes and ears, gender equality remains one of the biggest issues facing humanity. In the words of John Lennon, “Living is easy with your eyes closed.” It’s sad to know that we can become so comfortably blind and wrapped up in our own safe and cozy lives that we struggle to see that the very rights and comforts Women Against Feminism cite as reasons they don’t need feminism anymore, are privileges not afforded equally to everyone – even within their own community. 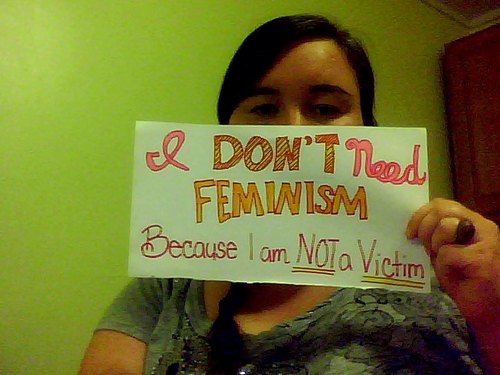 The big question becomes, when did feminism become a nuisance to regular people who are either ignorant of, or misinformed about the state of the world? And why did it become synonymous with hating men? Male or female, the concept of feminism is about giving equal rights to those who don’t actually have it. And we’re not talking about the right to dominate or emasculate men, which so many seem to believe, we’re talking about protection from violence, jurisdiction over one’s own body, and political autonomy. Stuff that no human (man or woman) should ever be deprived of.

And the biggest irony of all is that, in a sense, Women Against Feminism is right. They don’t need feminism because everything in their perfect lives is working just fine. The reason the world become so angry by their anti-feminist notes isn’t simply because they were based on an inaccurate definition of feminism, but because the whole thing was tantamount to gloating. What these women are doing is identical to what would happen if the world’s richest 1% came together to form a group called Rich People Against The Poor and started posting selfies about how society at large should get rid of all financial aid on the premise that they, being filthy rich, have no need for it. Except in this case, Women Against Feminism is filthy rich in social privileges. Aside from being ignorant, it’s totally tactless.

From their submissions, it’s clear that the women of Women Against Feminism are doing just fine, but for the rest of the world, until we get to a point when gender based violence is no longer killing more women each year than cancer (and war and car accidents for that matter), and when sexual violence against women is no longer an “epidemic” problem with 1 in 5 women sexually assaulted in the US alone, and when women are finally earning the same amount as men for doing the exact same jobs, the rest of us are going to continue to need someone to fight for women’s equality.

And though there are a number of radical feminist groups whose views can come across as hateful towards men, it would be a mistake to think that they represent all feminists. It’s the Fallacy of Exclusion, in which a trait seen in one group is viewed as exclusive to that group, allowing one small part speak for the whole. There are crazy fanatical people everywhere, in every group and organization, and it is unfortunate that these groups tend to be the loudest. Radicalization is not inherent to feminism, but inherent to being human, much like compassion, empathy and kindness are. All characteristics more worthy of our attention than hate, whether that hate is focused on feminists, antifeminists or just women in general. And therein lies the rub of the Women Against Feminism movement, it’s essentially about tearing something down instead of creating something positive. What good does it actually do, and who benefits? We can’t be sure, though who loses is painfully clear.

So no, Women Against Feminism, there is no hate here. In fact, we’re really happy for you. It must be really awesome not to need feminism. Our only hope is that one day, the rest of the world will be able to say the same. 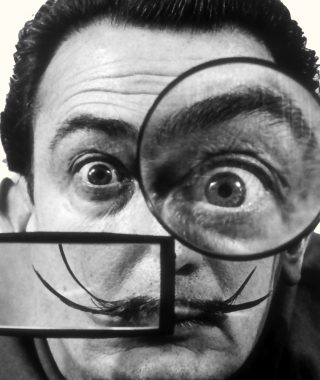 Creative Madness: The 5 Types of Crazy Artists You Will Meet in Your Life 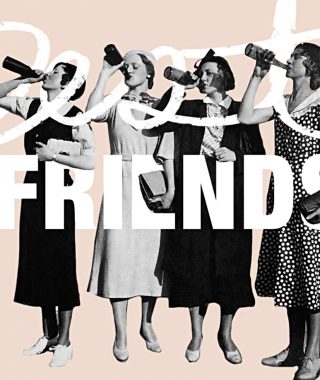 The Art Of Awkward: Making Friends as an Adult is Hard