When you hang around Pinterest long enough, you start to realize that it is like a microcosm of the things we most value as human beings, it contains all our hopes, wants and our biases. You’ll find everything that inspires us most, as much as the things we most hate about ourselves. Through some strange and mysterious process, there are a few Pins that just capture the zeitgeist of our culture better than any of the others, and you’ll tend to come across these over and over again. Someone somewhere is always repinning them, and so inevitably they show up on your feed every day. There are certain quotes that just strike a chord in people – sometimes it’s because they sound true and profound, other times it’s simply because they’re pretty. The images on this list are among the most popular on Pinterest, and they’re also among the most untrue, subtly sexist, and inhumane. 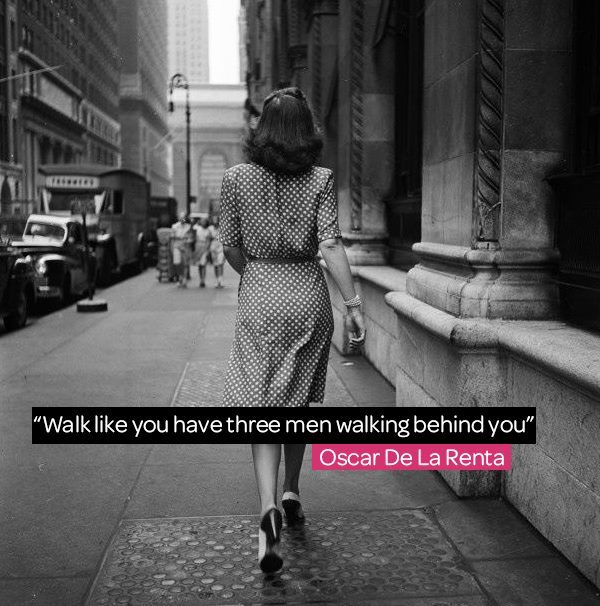 Nothing makes a woman feel quite as confident and glamorous as a crowd of creepy men following her.

Designer Oscar De La Renta is the person behind this insanely popular quote, and it’s a powerful message to all you slouchy girls casually meandering down the street as if you were totally not an object for the male gaze. The quote is meant to be inspirational, and make you to stand a little taller because (gasp!) a man might be watching. From behind. Instead of inspiring us to walk with more confidence, for some reason it only inspires us to walk a little faster and reach for the pepper spray. Is having three random men walking behind you supposed to make you feel more glamorous? Maybe if they were backup dancers. But three random guys? That sounds creepy as hell. 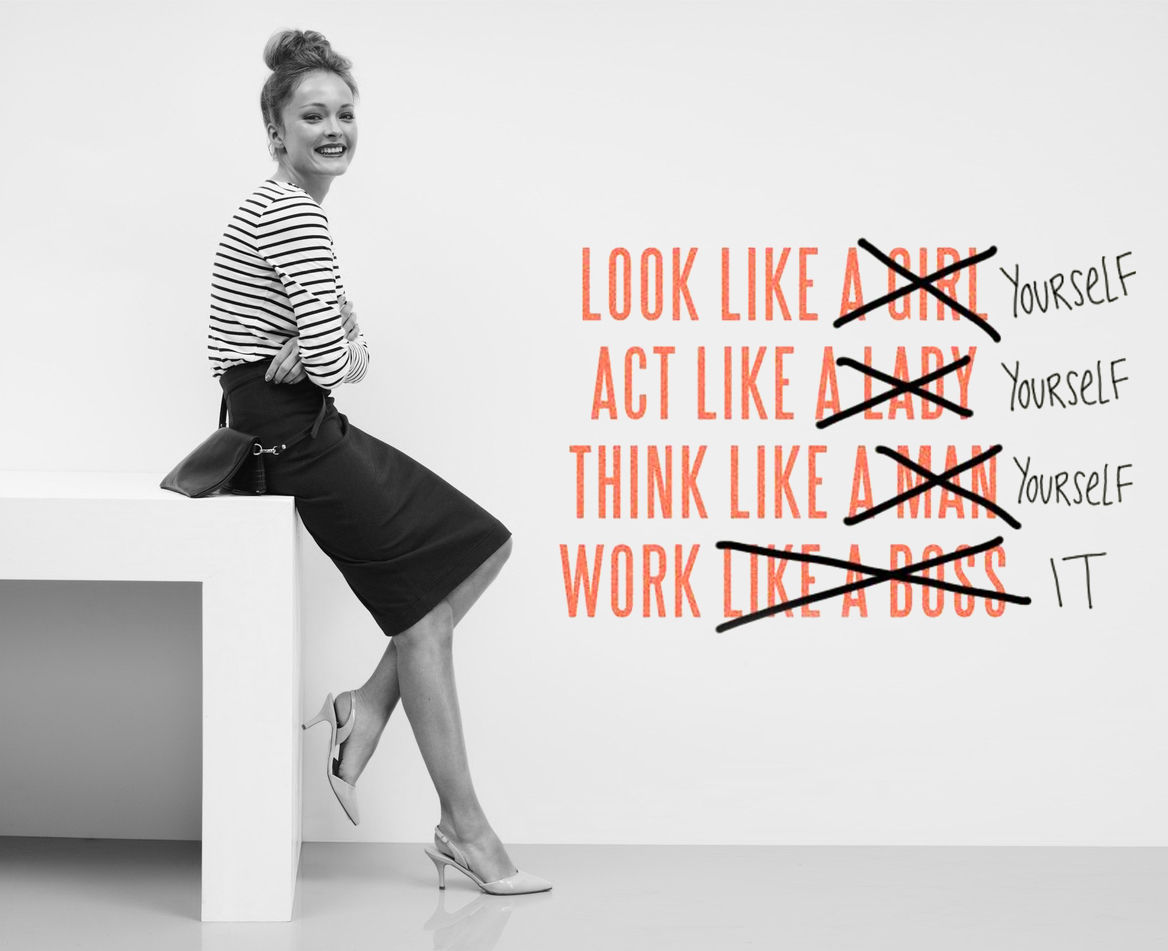 Look like a girl, act like a lady, think like a man, work like a boss, ooooor be whoever the hell you want to be and stop letting stupid quotes tell you what to do with your body and mind.

The popularity of this one is kind of scary. If you read it over once, really quickly, it may not be immediately obvious, but if you think about it, why should women want to look like girls? Why can’t they look like women? Or better yet, why can’t they look whichever way they want? Why act like a lady if acting like a lady is not who you really are? And think like a man? What does that even mean? So many questions! Ultimately you should look, act, think, and work whichever way you want. There is no one size fits all formula to a happy life. Don’t believe everything you read just because it may look good on a bumper sticker.

Can We Skip School And Go To The Part Where I Become a Princess? 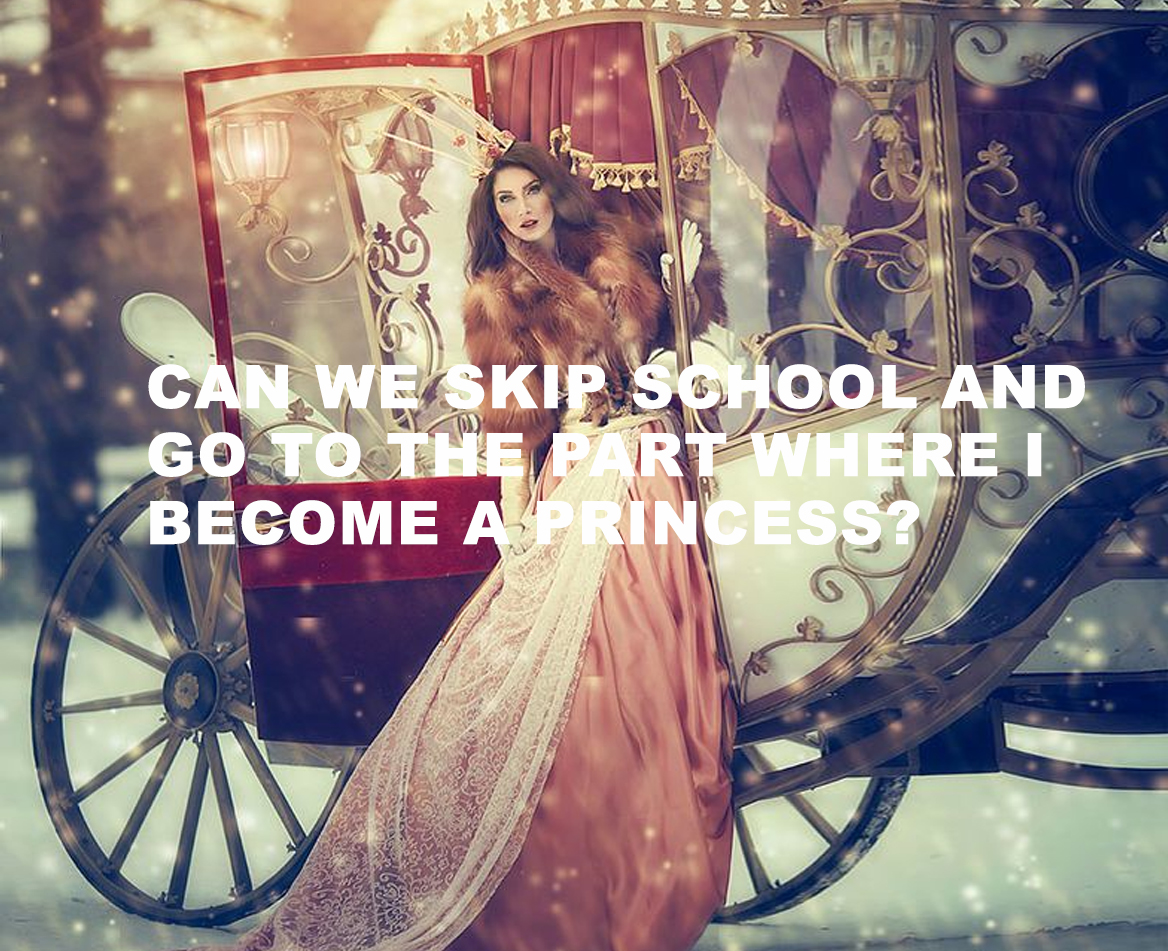 Being a princess is awesome, except when it keeps you from getting an education and being an independent woman that can take care of her self.

It is completely up to a woman to decide what kind of life she want’s to lead. And if you want to be a princess, whatever that means, go right ahead. But just know that there’s a lot of political baggage lurking behind that statement. Ever heard of The Angel in the House? That’s a Victorian concept that harks back centuries, and the basic premise is, women don’t need to vote, they don’t need to be educated, they don’t need social rights because they’re angels in the house (i.e. princesses) and their only obligation on this planet is to be beautiful, virtuous, and be taken care of by the men in their lives. Though this kind of life may sound nice to some people today, it was in reality disturbingly oppressive. So. Yeah. Please don’t skip school to become a princess.

Evil Queens Are The Princesses That Were Never Saved 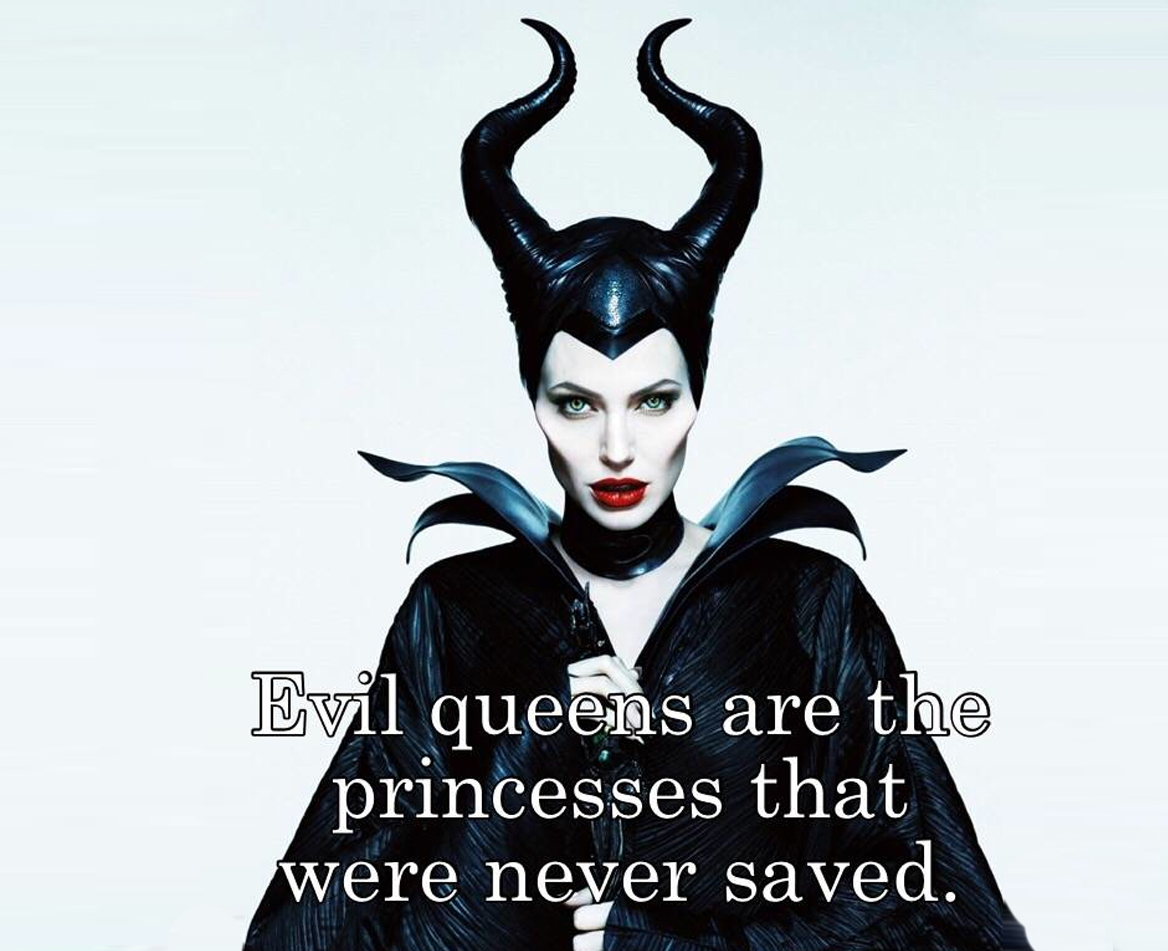 Evil Queens are not broken princesses, they’re powerful bitches that chose an alternative lifestyle in which they have no one to answer to.

Especially annoying with the caption, sometimes evil queens are just broken little girls. The implied read-between-the-lines statement here is, I’m just a little girl deep down, I don’t know how to help myself, oh won’t you save me? No? Well, I’ll just rot away right here and become an ugly evil queen. I’m so passive and helpless, no matter how much life I have in me, how many years of wisdom and education, I’m just a wee lass of 45 that needs saving. Won’t you be my knight in shining armor? It kind of implies that women aren’t perfectly capable of making their own choices, even to be evil if they want to be.

I Want One (Insert Image of Rare/Endangered Animal Here)

Animals, like people, have a right to this planet and they have the right not to be held in captivity just for our entertainment. Seems obvious, but people have this misguided belief that we have a right to own animals.

These types of images serve as a constant reminder that we think we’re entitled to every living thing walking the earth. It’s really unfortunate that our culture does not promote the idea that animals are living, breathing individuals just like you or me. They have a right to be left alone and live their lives without humans. Imagine if some gigantic creature thought you were cute and snatched you up to keep you locked in their house for the rest of your life, force cuddling you, and feeding you some nasty dry food. This is particularly true when we’re dealing with undomesticated animals that belong in the wild. Domestication is a slow process that happens over generations on a genetic level. Just because you force an animal to live in your home does not make it domesticated. When an animal is domesticated it means that they are genetically programmed to be happier with humans. An undomesticated animal will feel like they’re in prison if you keep them at home. 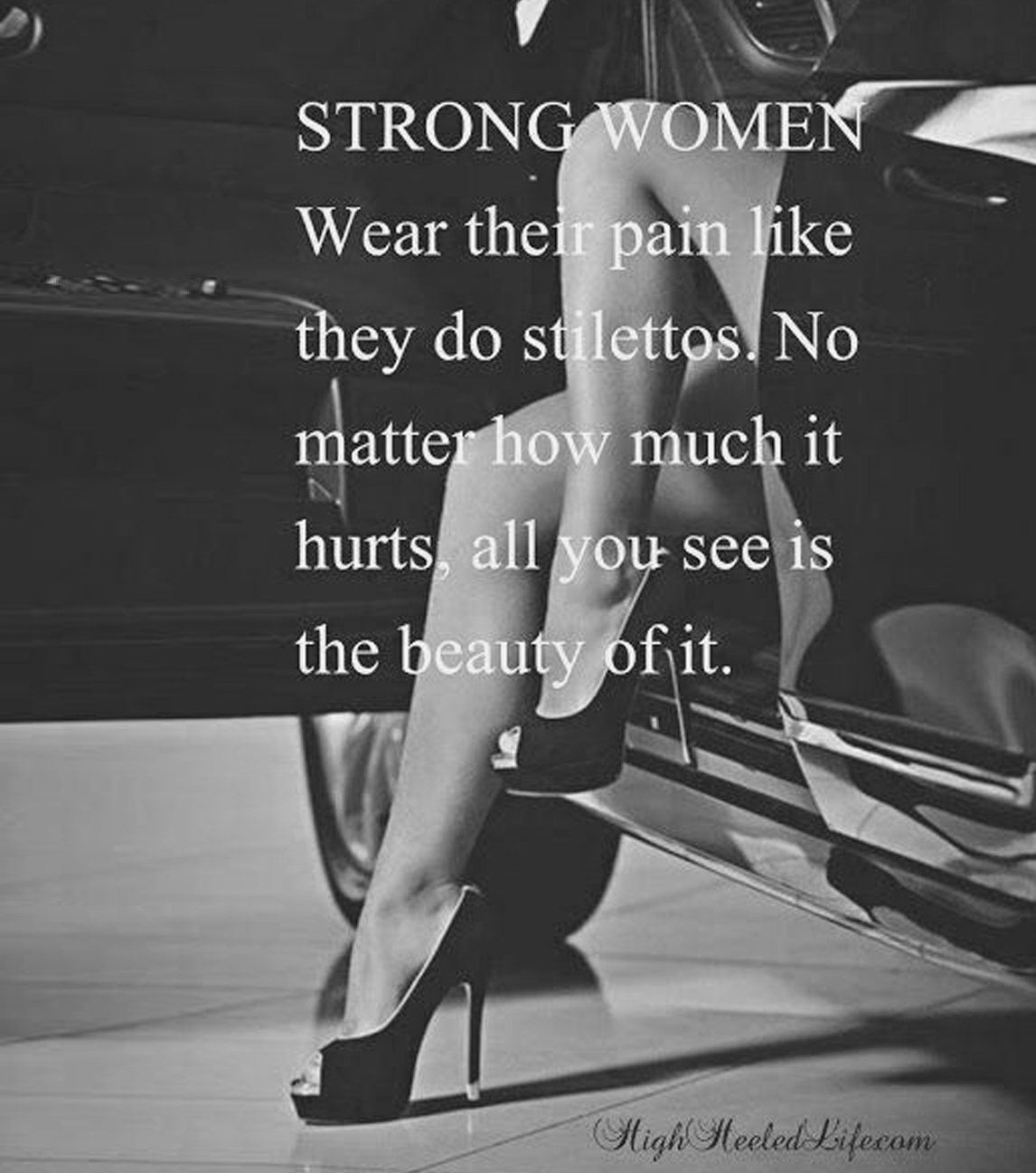 Because why be comfortable and why be yourself when you can be in excruciating pain just so everyone around you can think you look pretty?

The phrase “killer pair of heels” is probably the most true statement ever uttered. There’s a good reason we say that about the shoes we love the most, they’re equal parts beautiful as they are painful. Sometimes women make sacrifices for the sake of beauty, but the implication here is that this kind of pain and physical suffering is both noble and essential to being a strong woman. It’s basically telling you that if you choose comfort over beautiful agony, you are weak. 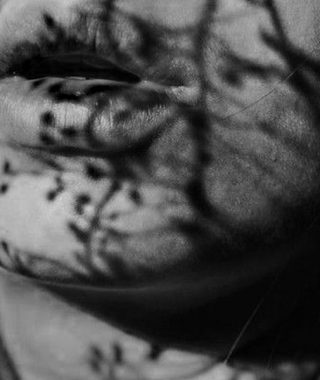 How to Be Yourself, A Conversation With Dr. Helene Brenner On Becoming An Authentic Person 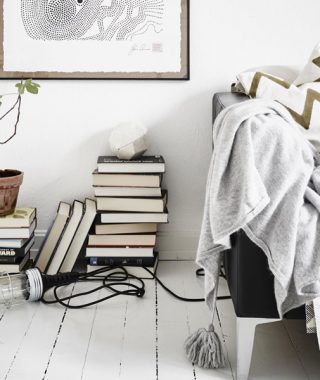