When you look at some of our species’ greatest creative achievements, you will often find that a little madness is not too far behind. So perhaps it’s not surprising to learn that neuroscience has found that highly creative people’s brains are hardwired differently. But sometimes this hardwiring leads to some strange behavior. Our culture often portrays artists as eccentric, if not down-right crazy. An artist is far more likely to be eccentric than someone working in any other profession. Why? The secret might lie in what researchers are calling the “eccentricity effect.” Studies show that art lovers (whether we’re talking music, painting or photography) will frequently judge an artwork’s creative merit based on how they perceive the artist. Is she serious and mysterious? Is she wild and eccentric? Does she wear unusual outfits? Turns out, the more eccdentric the artist’s back story, behavior or appearance, the more valuable the actual art work is perceived to be. So basically, if you’re an artist, it pays to be crazy. Whatever the reason behind artists’ craziness, we’d like to introduce you to the 5 most common types of creative eccentricity. Some are fascinating, some are hilarious, and others are downright tragic.

My art originates from hallucinations only I can see. I translate the hallucinations and obsessional images that plague me into sculptures and paintings. ~ Yayoi Kusama

These super-achievers love lists, rules, details, perfection, cleanliness and are usually characterized as having “obsessive compulsive personality disorder” (OCPD) – not to be confused with the far more serious obsessive compulsive disorder (OCD). Unlike people with OCD, people with OCPD are inspired by their obsessive compulsions, which actually help them to work harder and better than others. People with OCPD are addicted to excellence, and are known to be difficult to work with because of their insatiable itch to get everything perfect. Steve Jobs falls perfectly in this category, going so far as to rip off his oxygen mask and insist that the doctors improve it’s design during an emergency visit to the hospital. Artist Yayoi Kusama made a successful career out of her obsession with painting dots on everything (and to this day prefers to spend her days inside an asylum). Genius French novelist Honore de Balzac drank 50 cups of coffee each day, and barely slept at all while writing La Comedie Humaine. It’s this kind of “crazy” extreme commitment to excellence that makes this type of artist who they are.

The Good Kind of Crazy

To be really great and interesting, you have to be a little crazy. I just don’t think one comes without the other. ~ Drew Barrymore

Oscar Wilde used to walk down the street with a lobster on a leash, while Charles Dickens would be seen fighting off imaginary people with his umbrella. Albert Einstein liked to pick discarded cigarette butts off the street and smoked them in his pipe. The composer Robert Schumann believed the spirit of Beethoven himself inspired his musical masterpieces. Salvador Dali would paint himself blue, and walked around with a loaf of bread strapped to his head. Beauty industry pioneer Estée Lauder couldn’t stop touching women’s faces, and would randomly reach out to strangers on the street or in elevators. Were they crazy? Yes and no. Their brains just worked in a different way. Scientists refer to this personality type as Schizotypy (which is just a fancy way of saying they’re weird). People with this personality trait tend to hold beliefs that most of us would consider odd (like alien mind control). But they’re not at all crazy in the clinical sense, they are not disconnected from reality and are not a danger to themselves or others. In fact, people with this strange characteristic are actually known to be creative masters. Research confirms a link between schizotypy and creative achievement.

“The idea that the creative endeavor and mind-altering substances are entwined is one of the great pop-intellectual myths of our time.” ~ Stephen King

If you count addiction as a form of madness (and you definitely should if the Statistical Manual of Mental Disorders has anything to say about it) addiction is one of the heavy-hitters among artists, afflicting an immense number of creative people, many of whom go so far as to claim that their drug of choice is the source of their creativity. Stephen King, Ernest Hemingway, Billie Holiday, Jackson Pollack, Jean-Michel Basquiat, Hunter S. Thompson, Edgar Allen Poe, Jack Kerouac, William Faulkner, F. Scott Fitzgerald, Charles Bukowski and many others shared and in some cases died of this debilitating problem.

You need a big ego to be an artist. ~ Damien Hirst

Let’s just call this one The Kanye West Syndrome. TKWS has afflicted everyone from Pablo Picasso, Madonna who has been quoted saying she can’t be happy until she is as famous as God, to philosopher Empedocles who so honestly believed he was a god, that he jumped into a volcano to “prove” to bystanders that he would jump out unscathed. Needless to say, he did’t make it. But the memory of his ego certainly lives on! It’s not that these creative genius egomaniacs are bad people (or necessarily “crazy artists” in the clinical sense), it’s that they’re so high on their own talent and success, they start to believe they’re superhuman. And in fairness, it’s easy to forget that you’re just a mere mortal when everyone around you treats you like a god. After years of living in a bubble, artists like Kanye West, who has been quoted with things like “I am Picasso. I’m Walt Disney, I’m Steve Jobs,” loses touch with the part of himself that makes him human.

I care for myself. The more solitary, the more friendless, the more unsustained I am, the more I will respect myself. ~ Charlotte Brontë, Jane Eyre

Emily Dickinson, Jane Austen, Edvard Munch, Leo Tolstoy, Voltaire, and Dr. Seuss, they were all creative loners who shut themselves away from other people, and escaped into a creative refuge of their own in order to create the art work that defined their life. Even Albert Einstein believed that “The monotony and solitude of a quiet life stimulates the creative mind.” For some it was bliss, while for others it was a necessary evil. For artists like Marilyn Monroe, isolation was kind of part of the gig. Being famous, prolific and sensitive makes you much more open to criticism and harassment, and as a result, impenetrable fortresses are built between most great artists and the outside world in order to keep them safe, and give them the space they need to be themselves.

It seems that one has to be sick, depressed, weird or tortured to be thought of as an outstanding artist. ~ LeslieAnn Butler

They don’t call them “tortured artists” for nothing. Art is about accessing the deepest, most raw parts of yourself. Perhaps more than any other profession, the act of creation brings artists close to their demons. Studies have found that artists of all kinds, whether they’re photographers, dancers or musicians, are 8% more likely to live with bipolar disorder. But writers have it the hardest. They are 121% more likely to suffer from the condition, and 50% more likely to consider suicide. Sylvia Plath, David Foster Wallace, Vincent Van Gogh, Virginia Woolf, Kurt Cobain, and Ernest Hemingway all died in this horribly tragic way. But it’s not all bad news, other artists who suffered depression throughout their lives managed to pull through and recover. Georgia O’Keeffe, after being unsuccessfully treated in hospital for her depression, packed her bags and traveled the world. She went to Bermuda, Hawaii and New Mexico, and came back a new person. Writer William James, after spending the majority of his life contemplating suicide, suddenly came upon a revelation: “Faith in a fact can help create the fact.” He figured, even if the fact isn’t true per se, by believing it, we can make it true. James managed to rebuild his life on the belief that he had something important to contribute to the world. And so he did. 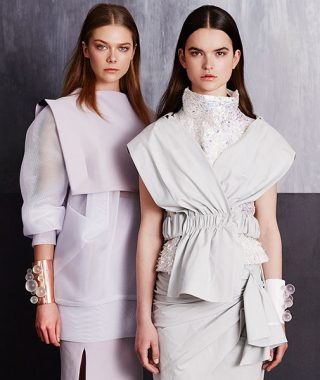 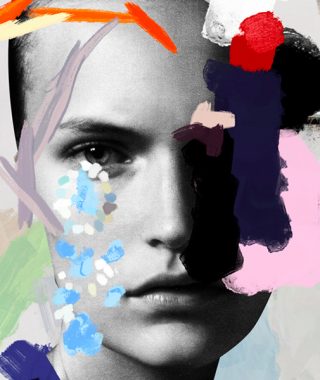