Dogs are our link to paradise. They don’t know evil or jealousy or discontent. To sit with a dog on a hillside on a glorious afternoon is to be back in Eden, where doing nothing was not boring–it was peace. ― Milan Kundera

No other animal on the face of the planet shares the kind of relationship we have with dogs. After centuries of living side by side, dogs have evolved to not only read our facial expressions and gestures, we ourselves have evolved an instinctual understanding of their every bark and yelp. And so, not surprisingly our love of dogs has crossed over from the home to influence cultural trends and made a constant appearance in fashion. Every decade a new breed steps into our cultural spotlight, from Jackie Kennedy’s Cocker Spaniels in the 50s, Paris Hilton’s Chihuahuas in the 90s, to Ashley Olsen’s French Bulldog today, we all collectively go crazy over the new “it” breed around the same time. But there’s a dark shadow cast over this kind of accessorizing of our best friends, for one thing the moment’s stylish animals are overbred under horrible conditions, and often end up in shelters or worse. The other issue is that any given breed’s appearance remains vaguely described, meaning that breeders selecting for distinctive features, whether a pug’s smushed nose or a basset hound’s long ears, will overdo it to the point when the basset hound can no longer walk, and the pug can’t breathe because it’s entire snout is forced into their throats. That snort may sound cute, but your bulldog is actually struggling to breathe. It’s a delicate issue because on the one had every breed has a right to exist, but on the other, we should be responsible for the way we treat animals that have become in integral part of our lives.

The Boston Terrier was America’s first (and for a long time only) pure-bred dog, and so obviously it had a huge cultural impact in that part of the world. The Boston Terrier was the all-American dog equivalent of Cadillacs, buffalo wings, Johnny Cash and apple pie, and was originally created from breeding french bulldogs with a variety of mutts. They were featured widely in fashion images, films and advertisements during the early part of the 20th century.

During the early 1900 the public was so enamored with cocker spaniels that they remained the number one breed for sixteen years straight. Thanks to the spaniel the world saw the emergence of thousands of puppy mills that would pump out spaniels faster than anyone could buy them up. These animals were inbred and raised under atrocious conditions that left them with severe genetic disorders. A devastating fate for such a beautiful dog.

More than any other dog, the poodle is most closely associate with the “designer breed,” and instantly conjures up images of well-dressed upper-class ladies-who-lunch parading down the sidewalk as if it were their personal runway. No other dog has been as prominently featured in the fashion industry. The poodle officially landed on the number-one position in the 1960s where it stayed for two consecutive decades. To this day, the Poodle holds the record for being the most popular dog for twenty-two consecutive years from 1960 to 1982.

In the 90s golden retrievers became the quintessential family dog. So much so, that your standard American dream would be incomplete without a golden retriever frolicking just beyond a white picket fence. Thankfully, this breed has not changed very much over the years and still largely resembles the wolf that it descended from. As a result, they’re not as genetically messed up as other breeds on this list.

This was the biggest canine turning point, a moment in time when a dog crossed over from being a companion to being a fashion accessory (partly thanks to 90s celebrities like Paris Hilton, and Britney Spears who frequently “wore” their dogs). Chihuahuas were worn like designer purses, often confined to their own little dog-carriers where they grew anxious and afraid of the outside world. Most people today think of chihuahuas as bad tempered dogs, but really their behavior is a direct result of the fact that they’re treated more like dolls than living animals. So many years later, we’re still seeing the repercussions of accessorizing this breed in such a way, with the vast majority of animal shelters occupied by chihuahuas to this day.

According to the Kennel Club, the pug’s popularity has risen by 170% since 2005, putting them in the top ten category of most popular breeds today. They’re stubborn, cute as hell and kinda lazy, making them the perfect city dog. But the question remains, how much of the pug’s cute laziness is due to the fact that their snout, although flat in appearance, is actually the same size as a regular dogs but hidden within their tiny throats, making it extremely difficult for them to breathe. That adorable snorting and snoring you’ll hear from both pugs and bulldogs, is actually the extra flesh in the throats obstructing their breathing.

Over the last ten years the french bulldog’s popularity has risen by 323%, making this the most popular dog among young and fashionably city dwellers. Part of what makes these dogs so popular is that they’re shaped very much like babies, with big round heads and small stubby bodies. But there’s just one problem, we have bred french bulldogs to have such big heads that they can no longer be born naturally. As a result, all french bulldogs are now born via cesarean section. Ditto on the breathing issues mentioned above.

All Hail The Mutt, Future Bound

Can’t decide between getting a Frenchie, a Pug, or a Poodle? Why don’t you just get them all? Adopt a mutt and you’ll have a dog that’s as beautiful as it is unique.

Forget best in show, go for best in health. Mixed breed dogs, in all their beautiful and unpredictable uniqueness, are the future “it” dog as far as we’re concerned. In the last few years we’ve seen the rise in popularity of designer mutts, i.e. new loosely defined breeds like the chug (chiuaua pug), and the corgipoo (corgi poodle), dogs that are specifically nicknamed (and loved) for their mixed breed characteristics, rather than for any fancy pedigree. The future is looking bright! 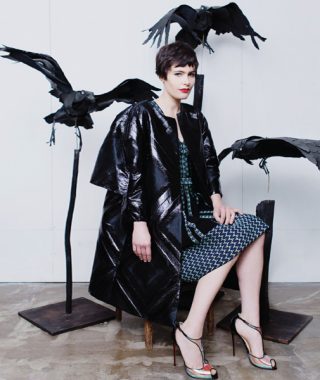 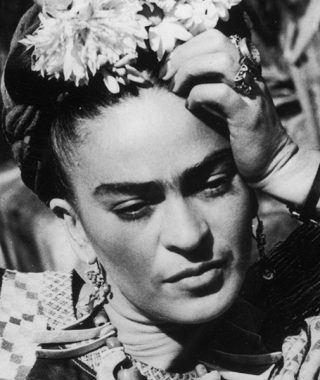