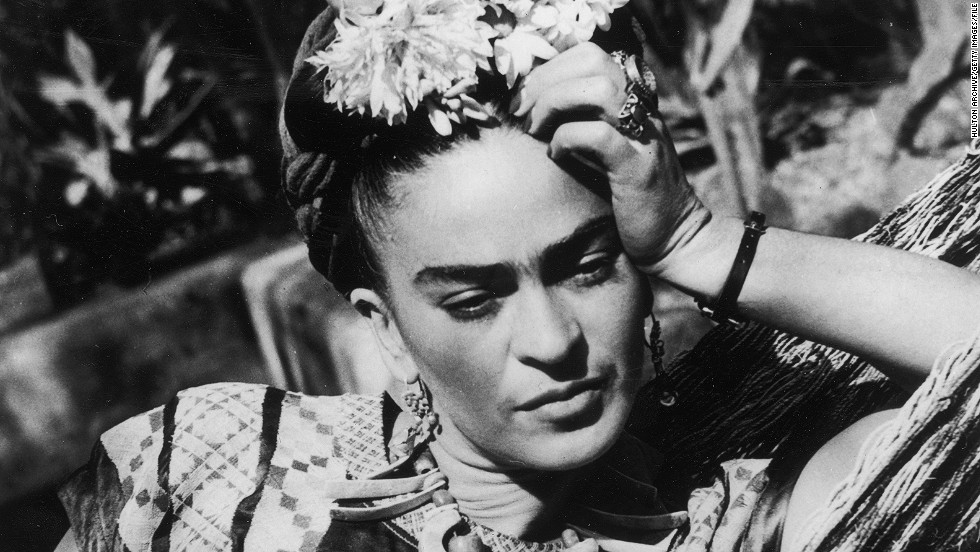 The history books haven’t been good to female artists. Most of them faded into obscurity even while they were still alive. For millennia there was no real place for women artists, and of those that managed to break through and gain a shred of notoriety, were often overshadowed. Leonora Carrington, a major surrealist painter in the 1920s has been completely forgotten, while her buddy Salvador Dhali still sells tickets. Francoise Gilot, a stunningly brilliant painter, is almost exclusively remembered for her romantic relationship with Picasso. There are a million other examples of artists playing second fiddle to their male partners and peers. Perhaps this is why Frida Kahlo is so breathtakingly exceptional. In the whole canon of art produced by female hands, Frida’s work stands completely on its own despite the fact that during her life she was married to prominent artist Diego Rivera. At the time the man was unquestionably more successful than her. And yet, decades have passed since her death and the planet continues to breathe only Kahlo’s name. Tourists come from all over the world to stand in line for hours at the Frida Kahlo museum in Mexico City.

“During her life she was in Rivera’s shadow. She was framed as the ‘Wife of the Master Mural Painter who Gleefully Dabbles in Works of Art’, as the patronizing headline of the Detroit News proclaimed in February 1933. Today, Rivera is known as Frida’s husband.” ~ Gannit Ankori

Frida Kahlo was the single most prominent female artist of all time. She never shied away from her sexuality, explored difficult topics in her art – gender inequality, sexual identity and miscarriage, topics that were extremely taboo at the time and didn’t go down well with art buyers. She played with feminine beauty standards, playfully twisting them to turn herself into an icon, not only refusing to remove her unibrow or upper lip hair, but actually further darkening them with a pencil. She didn’t care what you thought of her. She was about showing the world that a different way was possible. So here we show you how you can live more authentically a la Frida.

Reappropriate Your “Flaws” and Use Them To Your Advantage

I used to think I was the strangest person in the world but then I thought there are so many people in the world, there must be someone just like me who feels bizarre and flawed in the same ways I do. I would imagine her, and imagine that she must be out there thinking of me too. Well, I hope that if you are out there and read this and know that, yes, it’s true I’m here, and I’m just as strange as you.

Right now, as we speak, you don’t own the parts of you that you hate. Not really. The only reason you even know to hate those parts about you is because society has drilled it into you since you were born. There are certain norms that are so deeply imbedded in our brains, we continue to live them even though we know that they’re kind of fucked up. Like the fact that women have to shave all the hair on their bodies to be perceived as “clean” and men don’t is really messed up. We all know this. But 99% of us do it anyway. It is extremely difficult to walk you own path in these cases. Frida Kahlo was exposed to the very same beauty standards as you, she felt the same pressure, and yet she understood that by changing her appearance she was, in a way, agreeing with the unspoken premise that there was something wrong with her to begin with. Frida Kahlo instinctively understood that those very flaws are the things that connect us on a human level. So instead of getting rid of them, Frida turned what society called flaws, accentuated them, and wore them with pride. In a sense, she reappropriated her own appearance, and made herself unforgettable in the process.

Make Something Beautiful Out of all the Misfortune 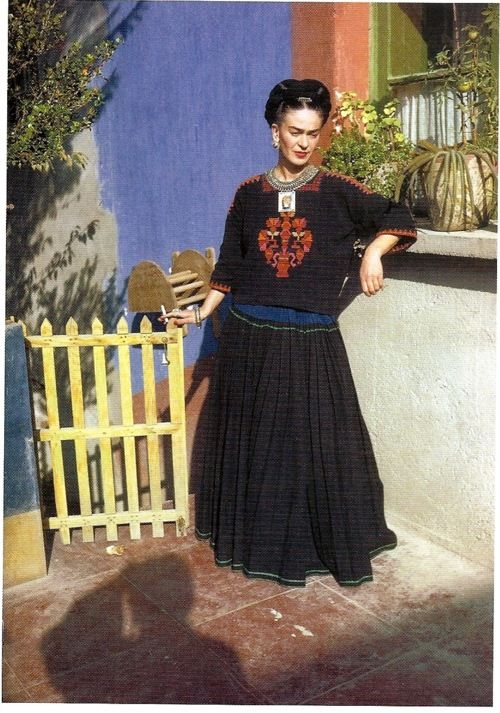 Nothing is worth more than laughter. It is strength to laugh and to abandon oneself, to be light. Tragedy is the most ridiculous thing.

The next time you feel down about where your life is going, try to put things in perspective. Frida’s life was marked by misfortune. At 18 a horrific trolley accident tore through her pelvis, crushing her spine and lower body. The accident left Frida unable to bear children, and she suffered from several miscarriages throughout her life. In 1953, her leg was amputated. If nothing else, Frida Kahlo was a fighter. She was pure, fearless, unrestrained courage. Frida Kahlo is a testament to the idea that it is our moral obligation to use our misfortunes and turn them into something good and useful, whether it’s art, helping others, or our own spiritual growth. Frida reinterpreted all that pain in her art, and turned it into a larger story of what it means to be a woman.

Follow Your Madness and Let it Set You Free 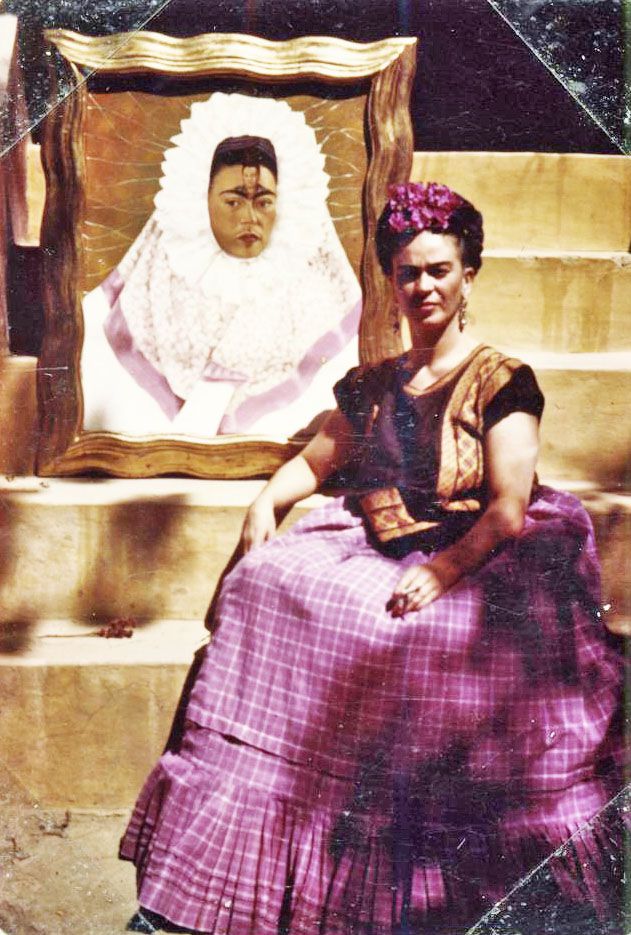 I wish I could do whatever I liked behind the curtain of “madness.” Then I’d arrange flowers all day long, I’d paint; pain, love and tenderness, I would laugh as much as I feel like at the stupidity of others, and they would all say: “Poor thing, she’s crazy!”

There are two, directly opposing forces at play in the universe. On the one side we’re told to be individuals, that we’re all unique, and encouraged to express that individuality through the clothes and products we buy. This side is largely run and operated by the fashion, art and entertainment industry that banks on you buying (literally) into this idea. On the very opposite side is the all-powerful normalizing force, it tells us that we should all be the same and makes us fear standing out from the crowd. It’s that voice inside your head that tells you not too cut your hair too short, or deviate from your standard jeans and tshirt uniform lest someone notice you for once. For the most part, the second force is winning, even as we continue to think we’re individuals for wearing the same shit as everyone else. Conformity is in our bloodstream, but it doesn’t feel good. Frida Kahlo knew this instinctively, and saw that the only truly free people on the planet were those who were considered crazy. They got a free pass, because no one expects a madman to act normal or fit in with everyone else, that would in itself be crazy. She shows us that even these labels have their place in the universe, and that there is a freedom in being considered eccentric.

Live for More Than Just Fame and Fortune 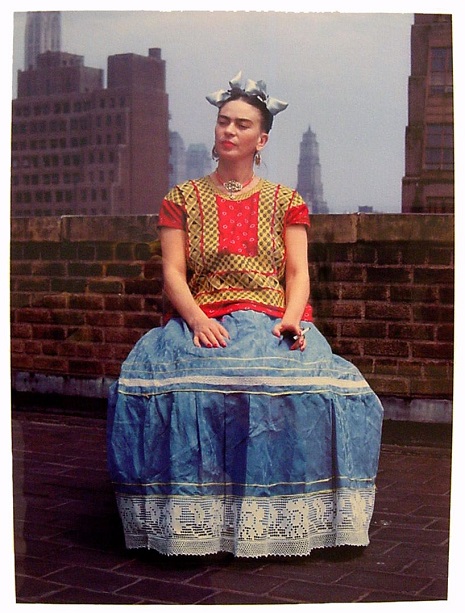 High society here turns me off and I feel a bit of rage against all these rich guys here, since I have seen thousands of people in the most terrible misery without anything to eat and with no place to sleep, that is what has most impressed me here, it is terrifying to see the rich having parties day and night while thousands and thousands of people are dying of hunger.

There’s no shame in chasing a dream, but authenticity is all about balance. Being too much of any one thing eventually becomes a pathology. In all your dreams, and in all your musings, always remember that the real world is not only beautiful, inspiring and able to take your breath away, it is dark, and horrible and can tear the life right out of your throat. Frida Kahlo’s art frequently explored this dichotomy in her art, looking at how easily pain blends with happiness, life with death, and birth with sterility. Being an authentic person means never willing yourself to become blind to what the world is really like in favor of luxury, and self indulgence.

Be The Person You Know Best 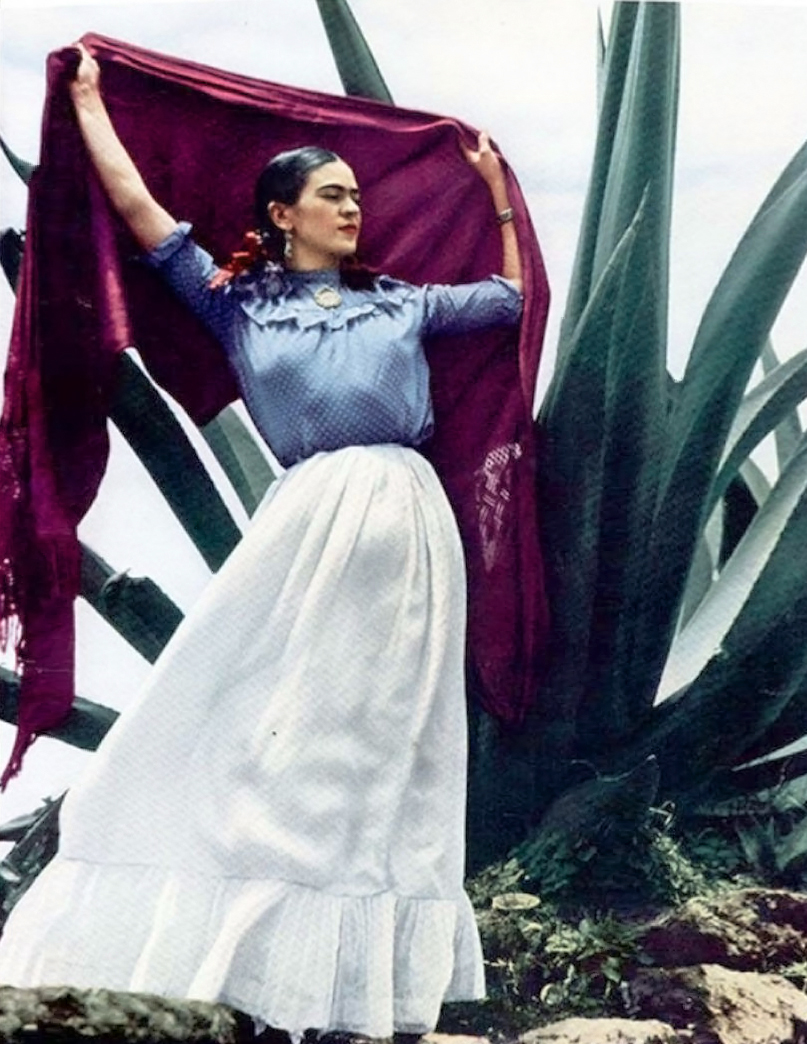 As artists, we’re always looking outward for inspiration. We spend hours online digging for that perfect image to add to our moodboards. We Repin, Regram and Retweet late into the night. As a result, we are increasingly becoming defined by the things we like, rather than the ideas we generate in our own heads. Years go by and you find yourself becoming a stranger to yourself, wondering why your imagination has run dry. Frida Kahlo painted from the deepest source of her reality. Her emotions played a key role in everything she created, and she reveled in her time spent alone. She knew how to tap into a part of herself we’re all slowly becoming strangers to. The part of your imagination that’s so powerful, it can make waking life feel like you’re dreaming. Remember the days you used to play with Barbies? Remember the way you were able to create worlds out of thin air? Remember the way you could immerse yourself in those worlds for hours? That’s what we’re talking about here. Don’t become a stranger to yourself, become your own muse.